Excellent and unusual gift that you can bring from Czech for friends, family (especially for husband) - it certainly Beer Passport! This stylish and unusual. Own beer passport - it means to be a connoisseur of beer. In Beer Passport in every brewery that you visit, anywhere in the world you will received the stamp of brewery. Beer passport will allow you to create your own unique collection of diverse species of genuine natural beer.

It is possible to buy Beer Passport:

Beer passport - is a document that appeared in the early 80s of the last century in the wake of the boom restaurant breweries in the United States. To a large extent the development of brewing business characterized by loss of quality in the pursuit of profit in the production of beer big breweries. Revival and flourishing microbreweries has inspired a new trend in tourism - the so-called BEER TOURISM.

One of the most progressive types of beer active tourism in Europe is collecting unique colorful stamps in Beer passport during beer excursions or beer tours. Brewers themselves happy to put its original stamps in your beer passport.

Passport is a document in which there is a place for photos and personal details of the owner (Optional) in case of loss to the owner could get it back. The beer passport has sections devoted to brewing. A large part of the Beer Passport is a colorful visa - pages that are designed for the unique stamps, that displays centuries-old regional brewing traditions of each particular brewery.

Next to the stamps Beer Tourists usually write types of beer they tasted, expanding their knowledge and getting experience in the beer tasting.

Even children, minors and pregnant women can also have beer passport, and tasted in the beer restaurants, pubs and bars beer goulash, beer ice cream, beer pancakes, baby beer and other dishes prepared on the basis of beer - there never refuse to put them stamp of brewery in their Beer passport.

I would like to emphasize that the World Beer Passport is a document of Beer Tourist, in which tourist collects stamps of restaurant breweries, mini-breweries, beer pubs and bars,

which visited Beer Tourist . The passport is a beer souvenir, beer gift, document of beer tourist.

Validity of Beer World Passports is not limited. 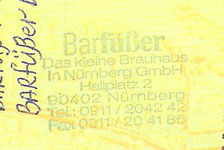 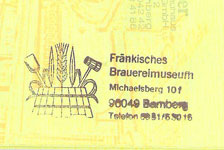 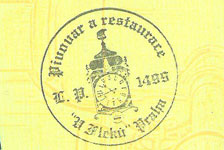